Learning another language has positive effects on the brain, regardless of age 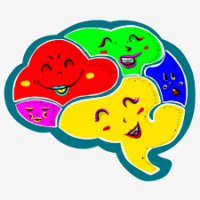 Learning another language has positive effects on the brain, regardless of age

A study conducted by the University of Edinburgh has found evidence that learning a language, whether it be at 6 or 66 years old, has a positive impact on neurological function.

The study looked at the brain function of 262 people from the city of Edinburgh, in Scotland.  Scientists analysed their cognitive abilities at the age of 11 and then again 60 years later. All of the subjects reported being able to speak at least one language besides their mother tongue, with 195 of the participants having learned the language before the age of 18, while 65 had learned it during adulthood.

When tested in their 70s, all participants who were able to communicate in two or more languages performed significantly better than what was expected based on their baseline data from when they were tested at the age of 11.  The findings were strongest in general intelligence and reading and were significant in both participants who had started learning the language before the age of 18 and after.

Dr Thomas Bak, from the Centre for Cognitive Ageing and Cognitive Epidemiology at the University of Edinburgh said «These findings are of considerable practical relevance. Millions of people around the world acquire their second language later in life. Our study shows that bilingualism, even when acquired in adulthood, may benefit the aging brain.»

This is not the first study of this kind.  Learning another language has long been associated with lower risks of dementia and slowing down the aging process of the brain.