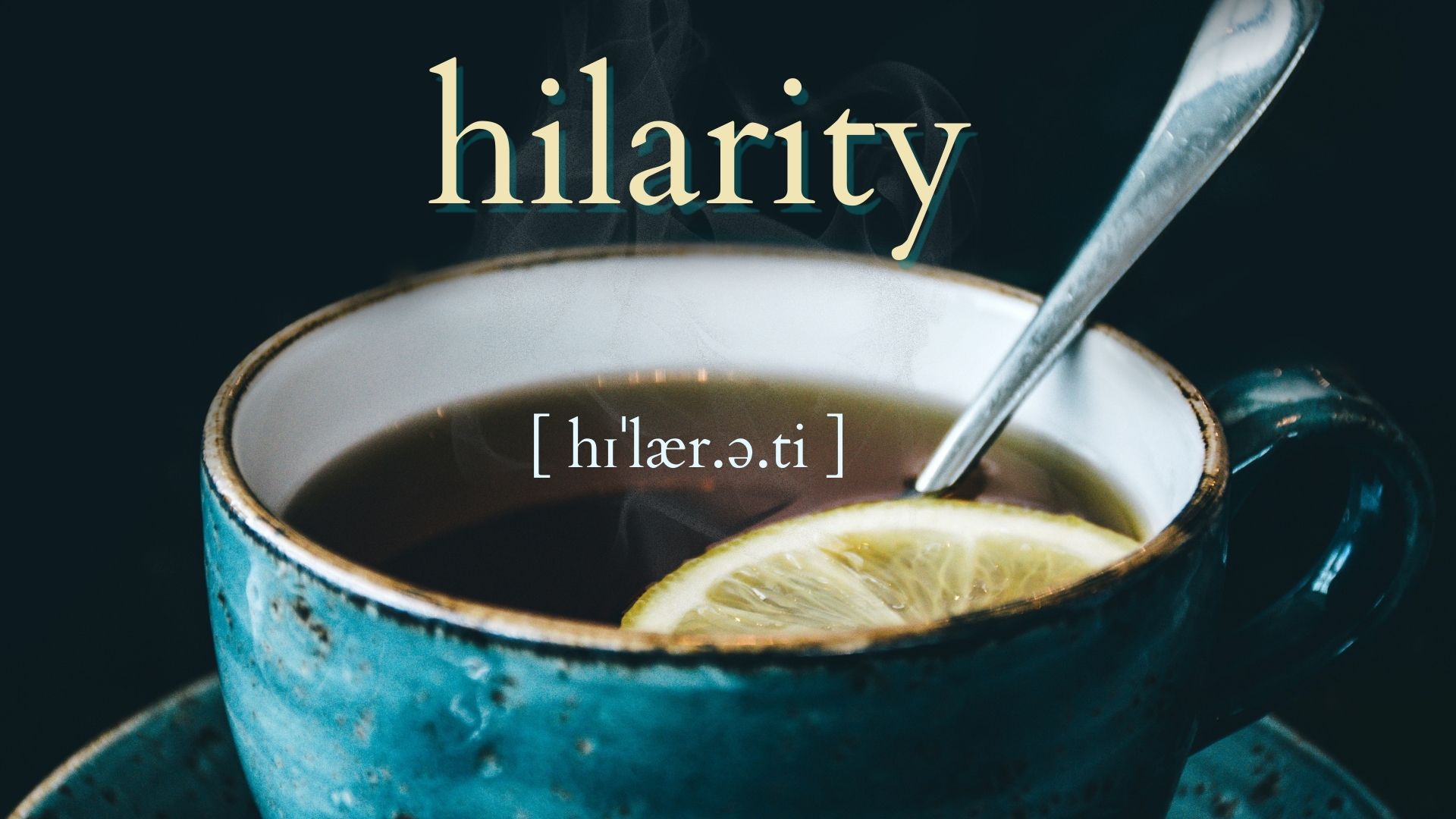 I sometimes reflect on the events of the world around us over a mug of tea /t:/ and so I’ve challenged myself to write on any subject that ends in /ti:/.

Hilarity (merriment, mirth, jollity, jollification) is loud. It’s an explosion of raucous laughter; it’s a complete loss of a sense of self and decorum. It’s a leg-slapping, head-thrown-back episode of sheer abandonment; it’s a brief trance in which the spirit momentarily takes flight. It’s a holiday for the soul. 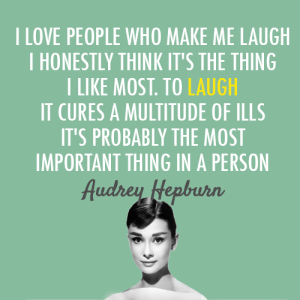 The fact of the matter is that almost everybody loves to laugh. The English poet, Milton (the author of Paradise Lost) mentions Euphrosyne, the Ancient Greek Goddess of Good Cheer, Joy and Mirth, in his 1645 pastoral poem L’Allegro (the happy man). Milton invokes Euphrosyne, asking her to bring:

Quips and Cranks, and wanton Wiles,

Nods, and Becks, and wreathed Smiles,

Hilarity’s music to comedians’ ears, it’s what they strive to extract from their audience. Collective laughter is an explosive forcefield of human energy in the form of an enormous guffaw, and it’s highly infectious. It then continues to ripple through the crowd in an ebb and flow of snorts, giggles, sniggers and titters until finally subsiding in time for the beginning of the next gag. Complete strangers are temporarily united in the enjoyment of a good joke. Laughter is a force to be reckoned with. 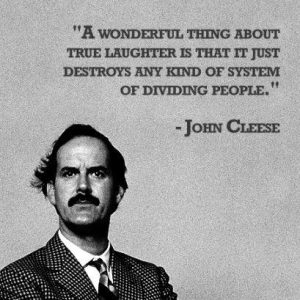 In moments of adversity, serious illness and anguish, I don’t turn to God, I turn to laughter. That said, mirth and merriment aren’t at loggerheads with faith. The American Theologian, Reinhold Niebuhr said, ‘Humor is a prelude to faith and laughter is the beginning of prayer.’ 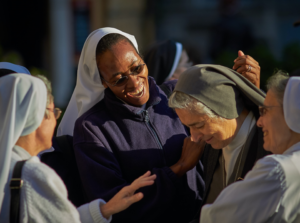 The Old Testament makes several references to the proximity of Godliness to joy:

‘God, who sits in Heaven, laughs’ – Psalm 2.4. And, further on, ‘Then our mouth was filled with laughter, and our tongue with shouts of joy, then it was said among the nations, the Lord has done great things for them.’- Psalm 126.2

Even in the times of the Old Testament, the connection between cheerfulness and good health was drawn: ‘A merry heart doeth good like a medicine, but a broken spirit drieth the bones.’ – Proverbs 17.22

Just recently I was diagnosed with Covid. I felt really ill and had no strength to do anything. I wasn’t able to concentrate on much, and I needed to sleep a lot. On the third day I decided to watch a marathon of the genre of films that I normally avoid, romantic comedy. I trawled the video streaming services and selected a long list of vacuous comedies. They were perfect for taking my mind off my situation, they didn’t need much continuity or concentration and some scenes were actually very funny. In spite of myself, and my film snobbery, I laughed out loud on several occasions. I felt much better quite quickly.

A very wise man, Saint Thomas Aquinas, said, ‘It is requisite for the relaxation of the mind that we make use, from time to time, of playful deeds and jokes.’ He understood the healing power of laughter, which is today called ‘laughter therapy’. There are more and more scientific studies nowadays to support the evidence of the beneficial effects of laughter on our physical and mental health. Laughter, even false laughter, produces endorphins, the feel-good hormones that boost our immunological system, help to relieve stress and block anxiety.  A 2006 Norwegian study discovered that people with a sense of humour are better equipped to fight severe diseases and have a 30% better chance of survival.

In a moment of crisis, laughter can be a breathless, gasping, howling, tension breaker. When an aircraft hits an air pocket, suddenly plummets and quickly rights itself again, the majority of passengers on board will shriek with fright and then burst out laughing in a united and collective expression of relief.

Laughter is the best medicine is an English proverb 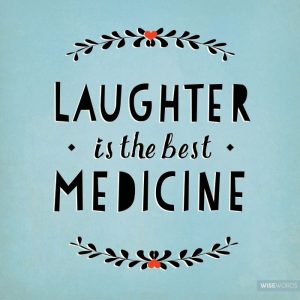 There’s irrefutable wisdom in this but, seeing as it’s a question of humour, Bo Burnham, the American standup comedian, has wrily elaborated on the proverb: 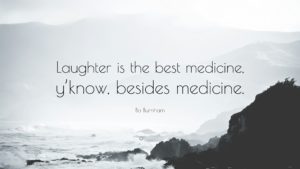 The humour is further continued in this anonymous wry add-on to the well-known proverb. LOL (laugh out loud) 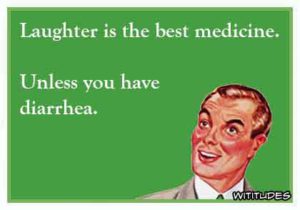