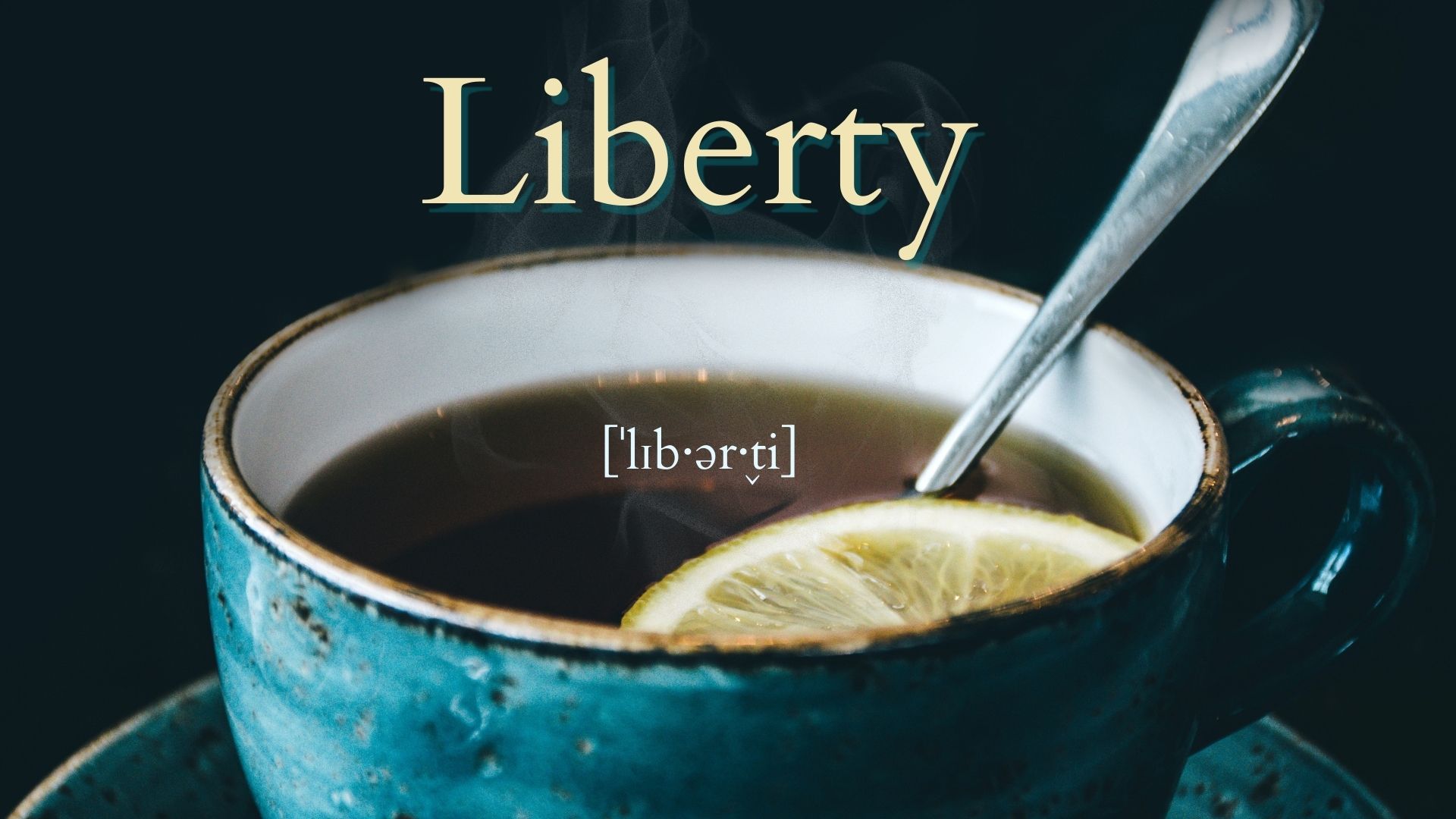 I sometimes reflect on the events of the world around us over a mug of tea /t:/ and so I’ve challenged myself to write on any subject that ends in /ti/. 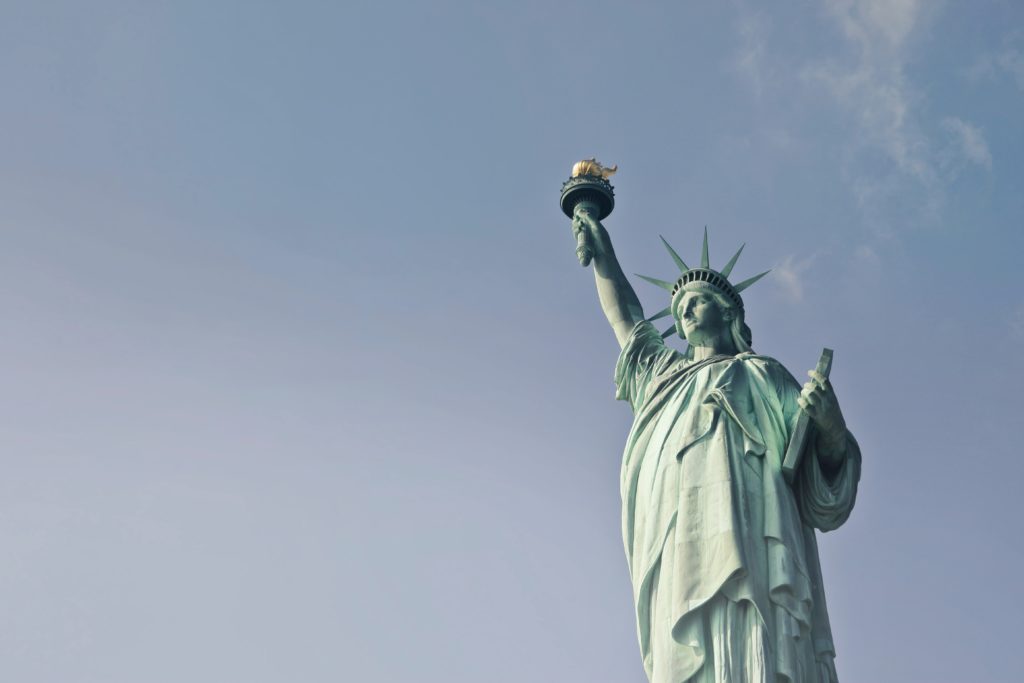 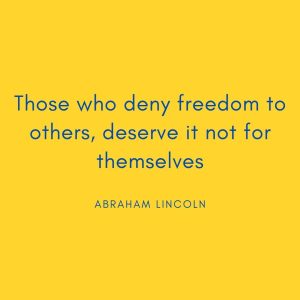 In light of the events in Washington on 6th January, and the upcoming inauguration of the President-elect, Joe Biden, I’ve been mulling over the deeper meaning of ‘liberty’, on and off, for the last two weeks.

According to the Cambridge Dictionary, liberty is

the freedom to live as you wish and go where you want:

[ U ] Our group is fighting for independence, liberty, democracy, and peace.

While somewhat over-simplified, that rings true for most of us who were born and have lived in a democratic state for the whole of our lives. We’re free to live and go where we want, within reason, and within the limitations of the law of that state. Clearly, we can’t do exactly as ‘we wish’ when there are laws to prevent this. We can’t drive at 200 kilometres an hour on a public road because the law doesn’t permit it. Likewise, we aren’t at liberty to enter another person’s property and steal their stuff. However we are at liberty to enter another person’s property and live in it, according to squatters’ rights, unless the owners discover this and report it to the police within 48 hours. In that case, we (as squatters) will be accused of breaking and entering and will be charged by the police for committing a criminal offence. If more than 48 hours have elapsed, it would then be a criminal offence for the owners to enter their property without our (the squatters’) permission, change the locks, or use force to evict us.

This is just to show that nothing is ever straightforward, that our  ‘liberty’, and the laws regarding it, may be subject to time limitations and circumstantial considerations that can modify it at any given moment. Even the law isn’t always ‘black and white’. This leaves us with numerous legal grey areas and loop-holes, which mean that even the law may be open to the interpretation of a particular individual with regards his or her actions, and open to the interpretation of a particular judge with regards his or her execution of a sentence. 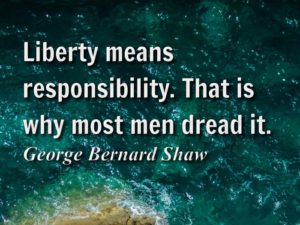 So, even within democracy, the concept of ‘liberty’ is more complex than we think, and allowing each person’s idea of their own personal freedom to fit into the fabric of a society composed of many individuals with differing views of their own and others’ freedom, is an enormous multi-dimensional puzzle for law-makers and governments in their quest to establish peace and maintain law and order. 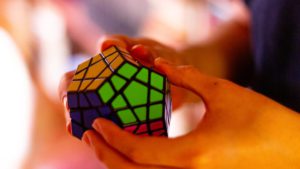 Liberty is like a multi-faceted prism. Each person sees the facet and the colours emitted in accordance with their beliefs, their culture, and their education. If individual liberty is ever going to be a real possibility, we must first create the conditions to ‘free our minds’; to be permitted to question the truth of all information given to us, and to be given the tools and the space to investigate all aspects of this given ‘truth’.

Then, and only then, can we hope to aspire to a state of some semblance of true ‘liberty’. 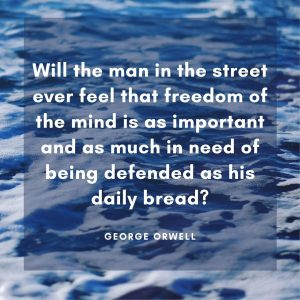 Most of us believe we have certain Civil Liberties. These are what we understand to be our ‘rights’, but our interpretation of these rights may be more precarious than we imagine. Let’s remind ourselves of what these are:

From Wikipedia, the free encyclopedia

While all this seems quite reasonable, the real problem arises when the ‘liberty’ of one individual invades the ‘liberty’ of another. For example, where the ‘freedom of press’ collides with the ‘right to privacy’. What can be said, printed or published? Where ‘freedom of speech’ may incite hate and impede other individuals from enjoying their ‘freedom of religion’ or the ‘right to equal treatment under the law’. In the United States where the ‘right to bear arms’ may clash with another person’s ‘right to bodily integrity’. Where individual rights may clash, we can immediately see grounds for potential discrepancy and dissent. 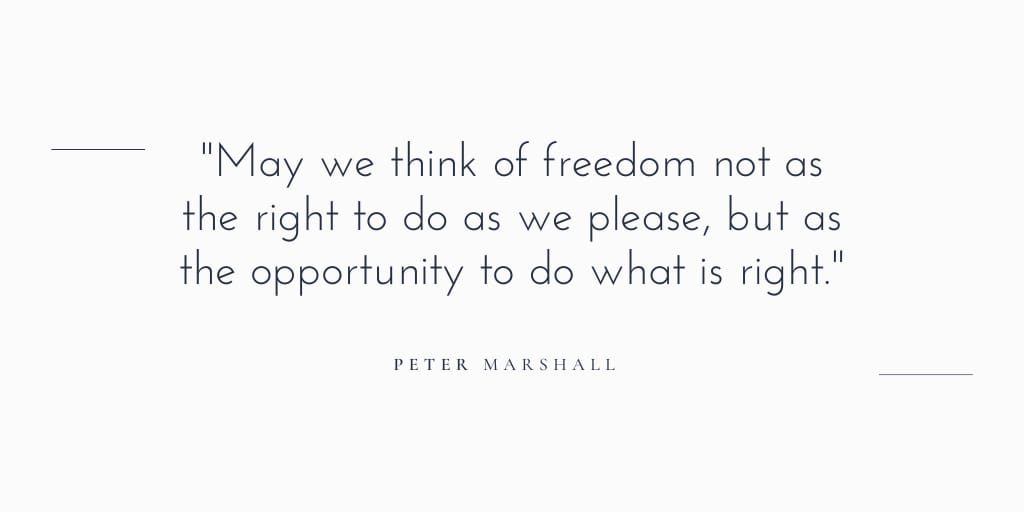 It seems to me that a firm belief in one’s individual liberty, or rights, that isn’t tempered by a consciousness of personal integrity and individual responsibility will, in all probability, curtail the freedom of others, as we’ve seen in recent events.

When I turned on the news on January 6, 2021, I was catapulted back in time to September 11,1993, when I had the same sense of unreality as I watched the images on my TV screen. As then, I thought I was watching scenes from a film, rather than the news. Along with the rest of the world, I watched in horror as what looked like zombie-flesh-eaters and participants from Comic-Con scaled the walls of the Capitol in Washington. Remembering the scenes from the BLM protest in June 2020, my first thoughts were, ‘Where are the rubber bullets?’ ‘Where’s the tear gas?’ With jaw-drop, I observed just how far the rioters had managed to get, with seemingly little police intervention.

In ‘The Land of The Free’ some are, evidently, ‘Freer’ than others.

The Freedom to Assemble in Two Acts (The Washington Post)

On Jan. 6, several hundred supporters of President Trump charged inside the Capitol to overturn an election the president had repeatedly and falsely claimed was stolen. They were mostly White, and they roamed freely through the halls, taking selfies and stealing souvenirs, smashing doors and defacing statues, amid sporadic calls to “Hang Mike Pence!” Many shoved and beat officers, one of whom later died.

On June 1, 2020, a crowd of similar size gathered outside the White House to protest after the police killing of George Floyd. They were a diverse group who called for an end to police brutality and racial inequity, and an army of federal agents, assembled after Trump demanded a show of domination, sent them running with chemical agents and rubber bullets.

These two demonstrations, at the most prominent symbols of democracy in the nation’s capital, will define Trump’s legacy, highlighting the divisions he has stoked and the disparate treatment of Black and White people in America by law enforcement.

President-elect Joe Biden said that if the rioters had been a group of Black Lives Matter protesters, they would have been treated “very differently than the mob of thugs that stormed the Capitol.”

“We all know that is true,” he said the next day. “And it is totally unacceptable.” 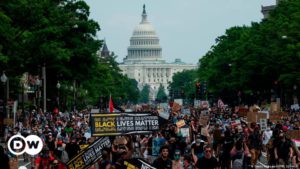 The scary part is that the insurrectionists were completely convinced of their right to storm the building and to intimidate the democratically elected lawmakers. They genuinely felt that it was their right to threaten the people with arms and physical violence in the name of ‘freedom’. This seems to indicate that their sense of personal responsibility and integrity had been erased, and that they had undergone a radicalization process. In short, they had been ‘brainwashed’. The common denominator is that most of the rioters were members of extremist political groups on social platforms.

Frighteningly, it has since been discovered that some democratically elected  political figures actively participated in these groups. 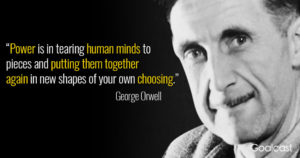 The images of legitimately elected and Congressmen and Congresswomen being herded to safety, scrambling for cover below tables and sheltering behind lecterns while an irate mob of insurrectionists closed in on them like a pack of baying wolves was both alarming and surreal to watch. It must, however, have been terrifying to live through. The rioters had no thought for the rights of these frightened people; their right to carry out their jobs in peace, their right to not be threatened and intimidated, their right to their own personal dignity, their freedom to leave the building. The rioters’ only belief was in their absolute right to reclaim their own sense of damaged ‘freedom’, based on no hard facts or proof whatsoever.

If liberty were a coin, both sides can’t be face up at the same time. This came as a blinding revelation to me during the 2012 Summer Olympics in London, when Maryam Yusuf Jamal won the gold medal for the 1,500m women’s race. She was feted and revered as a first-class athlete by the world of sport while simultaneously being reviled by the stricter Muslim countries for not following the religious dress code dictated by her religion and thus ‘shaming’ them.

Her native land, Ethiopia, refused to allow her to represent her country in the Olympics. She sought political asylum and Citizenship in several other countries and was granted it by Bahrein. They agreed to allow her to represent Bahrein on condition that she change her name to a Muslim one, which she did. Rather than taking pride in her outstanding performance in the sporting arena of Oslo in 2005, Bahrein was embarrassed by her sporting outfit of shorts and vest. An outfit which was a subject for political controversy and debate in their government. 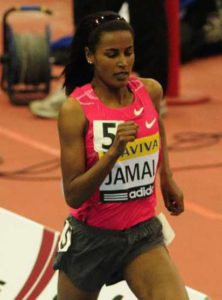 Controversy. After winning the 3000 m in Oslo on July 14, 2005, her image was published throughout the international sporting press. Her outfit of short shorts and a sleeveless midriff bearing top caused a minor outrage in Bahrain led by MP Hamad Al-Muhannadi.

Maryam Yusuf Jamal was born to run. Against all odds, she exercised her liberty to become the best female athlete in her discipline, winning the Olympic gold medal in 2012, come hell or high water. Maybe her ‘life race’ was actually one of jumping hurdles. Hurdles set up for her by other people, exercising their liberty to impede her from doing so.

It’s clear that people who have recently fought to gain their rights, and who now enjoy their newfound liberty, value what they’ve struggled to achieve and will work hard to preserve it. Those of us who were born into ‘freedom’ are becoming complacent about ‘liberty’, and are in danger of taking it for granted. Some of us are guilty of attempting to exert our individual rights to the detriment of the collective. It’s clear that once peaceful democracy is established, we must forever remain watchful.