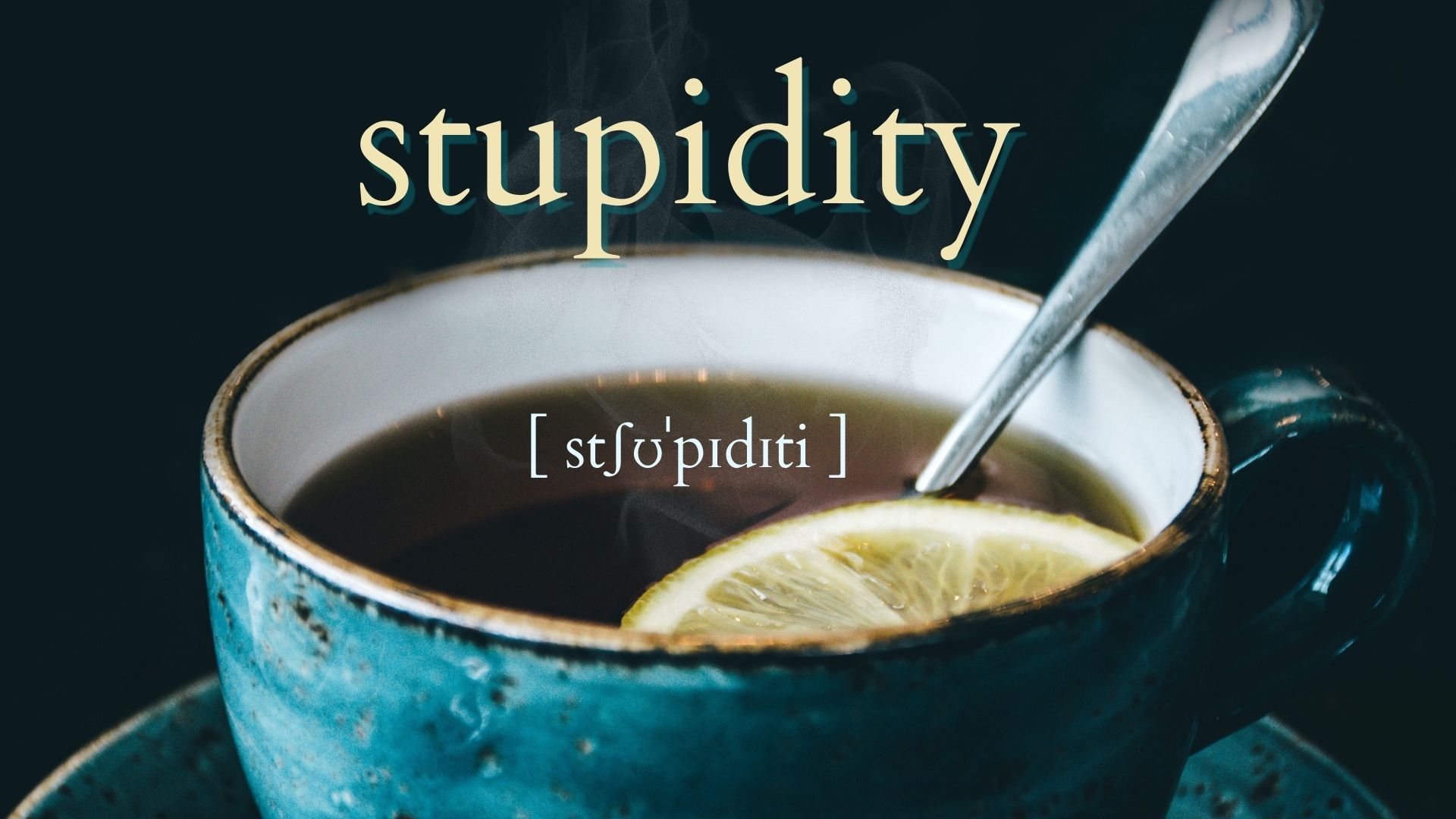 I sometimes reflect on the events of the world around us over a mug of tea /t:/ and so I’ve challenged myself to write on any subject that ends in /ti:/.

To be clear, I had decided that my personal definition of ‘stupidity’ isn’t so much a lack of intelligence as a refusal to want to know the facts, a refusal to admit that you don’t know something, a refusal to correct an obvious error, or a genuine and inherent belief that you know everything about everything. Some people consider stupidity the inability to see irony, or the ability to laugh at yourself in an absurd situation. For me, ‘stupidity’ is usually closely accompanied by its first cousins, ‘pomposity’ and ‘vanity’, and now that’s starting to look like three cups of ti: !

A bit like the British ‘strength of tea’ chart, I’ve found that there are so many different variations that we could easily talk about ‘Fifty Shades of Stupid’. 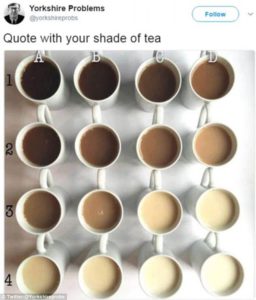 I was amazed to see the amount of literature written and documented by people who have been observing and commenting on the nature of human stupidity for over two thousand years. Take Socrates, considered by many to be the Father of Western Philosophy. He was born around 470 BCE and he spent most of his life sharing his thoughts and wisdom by giving talks to people. Plato, one of his pupils and friends, documented some of these in his text ‘An Apology’.

In fact, the figure of the clown (buffoon or jester) originated in Ancient Greece. The job of a clown is to do silly things to make people laugh, especially by parodying more important characters or creating ridiculous situations to show us the absurdity of our personality traits, and even of our very existence. This continues today in the form of stand-up comedy and sit-coms (situation comedies).

In the enormously popular BBC sitcom from the 1970’s, ‘Fawlty Towers’, we see the portrayal of stupidity in a pompous and arrogant character called Basil Fawlty (John Cleese), the owner of a private hotel.

In this scene he treats a potential hotel guest with utter contempt until he comes to understand his new customer is ‘Lord Melbury’, at which point he adopts a radical change of attitude towards him. His comical attempts at trying to ingratiate himself with the member of the aristocracy and to impress somebody whom he believes to be his superior in social class (whatever that means) is hilarious because of his stupidity.

Show me a person who declares, ’I’m not stupid’ and I’ll show you one who is. It’s evident that we can’t possibly know everything about everything and trying to pretend that you do is the first slippery step on the downhill slide. As an answer, ‘I don’t know’ will quite often be the most intelligent response.

The other day a technician came to my house to discuss installing an aero-thermal heating system in my home. As he began to explain about watts, volts, airflow and energy feed from photovoltaic panels, depending on the cubic metres of volume, or something or other, the blank expression on my face was starting to break out in question marks, and there must have been a huge one floating in the space above my head. ’I’m sorry,’ I said, ‘You could be speaking to me in Greek right now (Socrates would have been pleased). ‘I don’t understand a word of what you’re saying’.

Foolishness would be to pretend that I was following his explanation to the letter, with an occasional encouraging nod of agreement for good measure. Stupidity would be to pretend, after five minutes, that I had magically become an expert on the matter and to enter into a lively discussion of the characteristics of photovoltaic panels, armed only with a delusional need to impress, and gross stupidity would be to question the science, disagree with his explanation at every turn, and finish the conversation by announcing that he was wrong.

In the film, ‘The Pink Panther’ we see a character in the form of a French detective, Inspector Clouseau (Peter Sellers), who refuses to show his weakness or ignorance, and therein lies his stupidity. In this short fragment we can identify several shades of stupid.

He attempts to use the ‘pop-out lighter’ in the car (don’t worry, there’s nothing wrong with your understanding, they’re speaking with a French accent), fails, questions his colleague on the function and temperature of the lighter and attempts to arrogantly blame him for not knowing the technicalities, ‘First rule for the car-owner, know your automobile’. His astonished colleague responds, ‘But it’s YOUR automobile!’. Failing to understand that the lighter is electric, and having no idea of what he’s doing, Clouseau attempts to fix it by poking it with a metal screwdriver and blows the car up. His colleague later explains to their boss that Clouseau’s sure somebody planted a bomb, thus showing us that, having exhausted any reasonable explanation with regards our failure to do something, we can always resort to a ‘conspiracy theory’.

Although some of us living the world events of 2020 with incredulity may mistakenly believe that a whole new breed of stupidity has come into existence, it would seem that this is not the case. Nonetheless, 2020 may still go down in history as the year that human stupidity ‘maxxed out’. Then again, that’s just my personal opinion, and what would I know?

On Stupidity by Robert Musil (translated from the German)